After reading about Adams blogpost about using 6mm models for Team Yankee Andy (of  http://andysarmies.blogspot.co.nz/) decided to try it out as well.

Sadly we had no rulebook for Team Yankee as yet so just went with what we had gleaned from the net and from our rusty memories of how Flames works. Or we just made it up. Good times!

We decided to just halve the distance in inchs and this worked pretty well! Gave a nice visual on ranges and movements.

Mission was Free for All as it was easy :)

We played on a Winter table with some suspiciously tropical looking buildings... 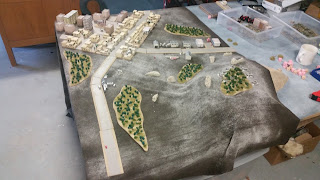 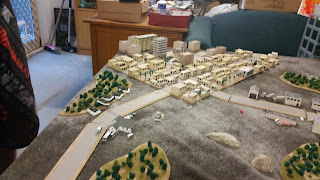 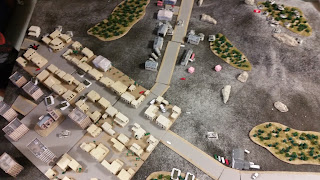 Turn 1: The German Leopards bound up the center why one Panzergren platoon flanks towards the top left of the town. Long range missile fire from the Jadgpanzers on the ridge line and in the central woods only succeed in Bailing a T-72. The Soviet Tank Company in the town moves up and tags a Marder...one team survives and bails out. They also bail a Leopard at long range. 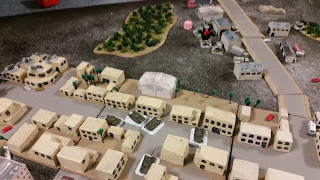 Turn 2: The Leopards move up to support the Panzergrens (who are now cornered on the outskirts of the town) and engage the T-72s to no effect. Soviet return fire is devastating with  one Leopard destroyed and another bailed. With only one active Leopard the platoon retreats and leaves the Panzergreens to their fate... 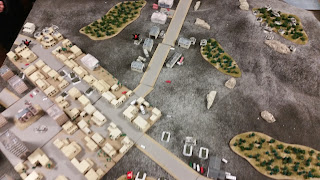 Turn 2 - Continues to be painful for the Germans...with one platoon of Jgadpanzers knocked out after Andy rolls the 6 he needs to hit one at range (and concealed, with GTG) and the remaining vehicle retreats. 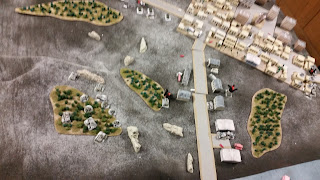 Turn 3: The Soviets continue to press the attack while the remaining Jagdpanzer platoon just cant scratch the T-72s in the fields. Return fire destroys one and bails the other (who then scarpers as I cant roll courage tests it seems!) The Panzergrens desperately try an shelter in the buildings but massed 125mm HE rounds are starting to cause casualties. 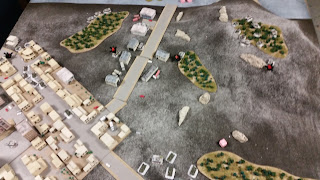 Turn 4: The Panzergrens in the town manage to bag the enemy CO with a MILAN before finally succumbing to the guns of the T-72's in the town. 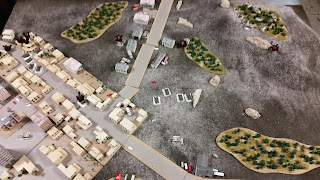 Turn 5: The Germans are holding on to the bitter end and a lucky MILAN shot from the Panzergrens on the ridge takes out a T-72. Its too little to late as the Soviets drive on the central objective... 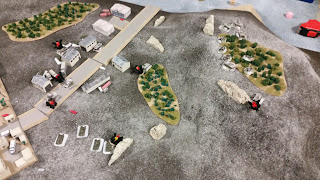 Endgame: The Soviets smashed the Germans and the advance into Western Germany Continues!

Overall Thoughts: Fun - I love playing Moderns and I used to play ALOT of Flames of War so it was quite easy to pick up. It was somewhat hard without a rulebook but seemed to flow pretty well.

Andy and I are quite keen to stat up the Middle East as we have buckets of Israelis, Jordania/ Iranians and Iraqis between us...and we don't have to make a whole new terrain set! It shouldn't be too hard to extrapolate from Team Yankee stats back to the other units available. Having a small points system also makes costing things alot easier.

So 2016. I wont bore you with a "New Years Post" as I am notoriously bad at posting anyway...but plan to keep up a bit this year anyway.

This year starts with Craig Parker... 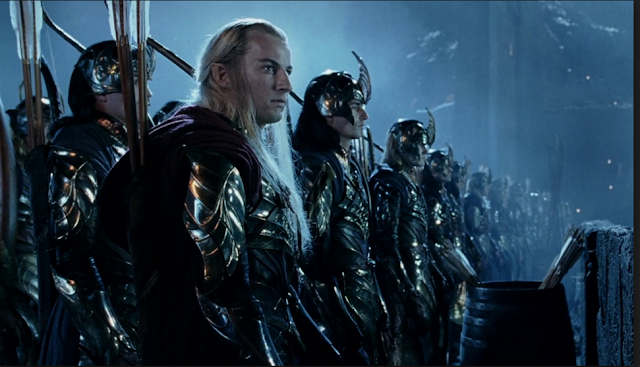 As I have this WIP for Warclouds (on Waitangi Weekend) 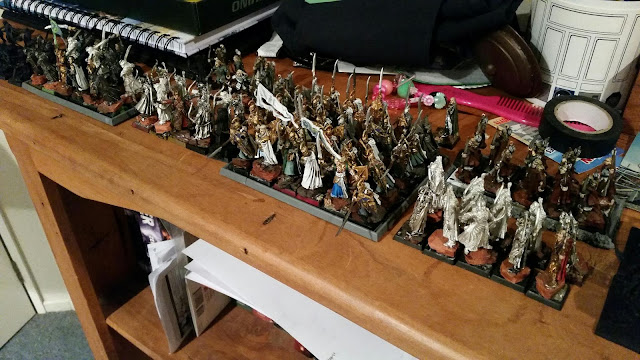 A whole heap of OOP Metal Lord of the Rings Elveses square based for Warhammer/ 9th Age/ KoW/ whatever system lets me throw down dice and drink beers.
Updates at some point
Cheers,Jason
Posted by Unknown at 1:42 AM 5 comments: