Further German Warriors have answered the call to arms to repel the Roman Invader: Some Cavalry and some Javelin Men.

Alas the last game played resulted in a resounding defeat by the scum and traitor Auxiliaries of Rome. But the Forests of Germany are deep and dark, and many warriors have yet to face the Romans... 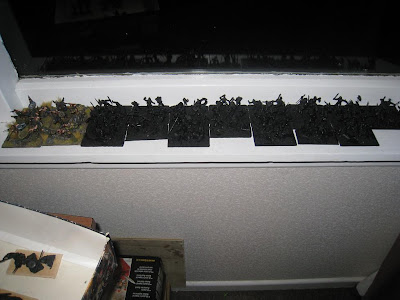 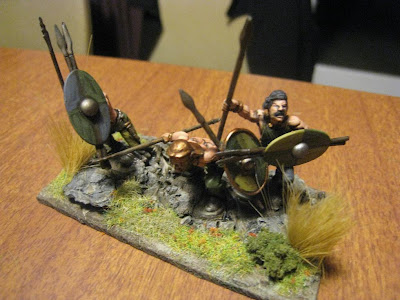 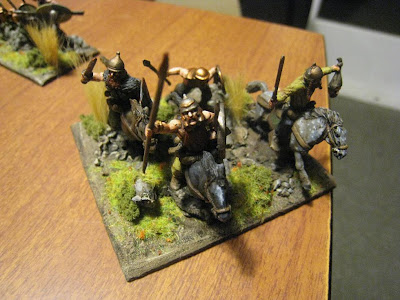 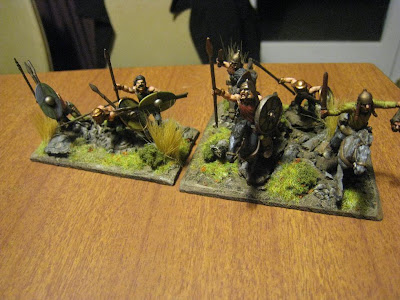 Next up a non-elite Warband of lesser warriors, I'll have to work fast to keep up with Jamie's Wife as she paints his Romans!

Once Jamie has more of his boys based and undercoated I will do a Battle Report of the game.

Cheers
Jason
Posted by Unknown at 1:35 AM 4 comments:

Got the first Warband finished today, ready to take some Roman heads :P

I'm reasonably happy with them overall but I'm not happy with the skin tones. I've never really had to paint such large areas of pale skin tone before and it took a lot of layers and tinkering to get it "OK". I think the problem is I started with two dark a base shade so will start by painting a light brown shade and work up. At least that's what my Wife reckons. Pity she wont paint my armies like Jamie's Wife does! 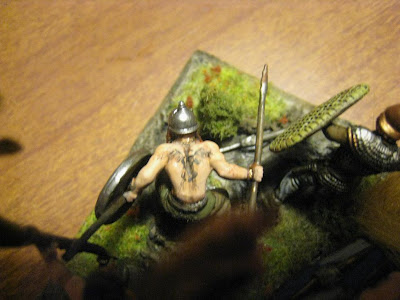 First up I tried my hand a few Tattoo's. There is some supporting histories that the Germans did tattoo, but not as extensively as the Celts. I went for basic shapes with armbands and this Raven 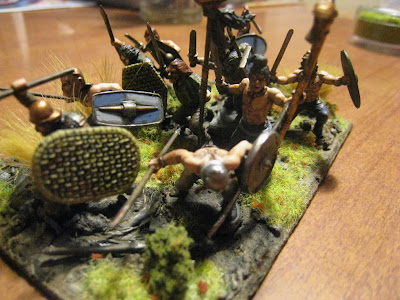 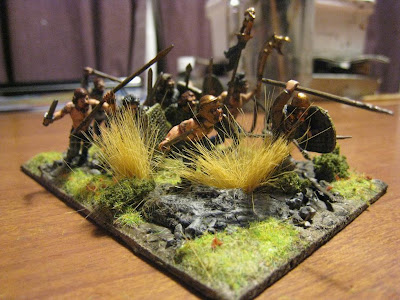 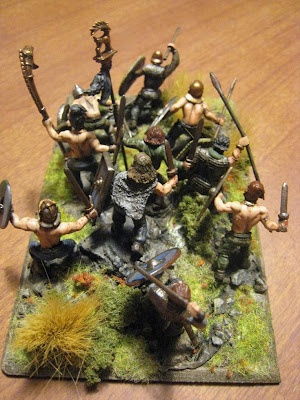 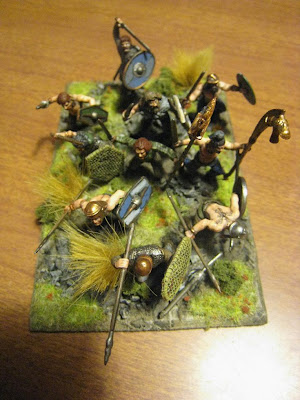 Ive tried to keep the colour palette a bit more subdued then the Celts would be, so have staid away from Yellows, Reds and Oranges and stuck with the colder Blues, Greens, Browns and Greys.  After watching Spartacus I had to add the odd blood splatter in a Dark Red too some of the weapons and fists, but I have really tried to not over do it as this is so easily done!

Next up some Skirmishers I think.

Cheers
Jason
Posted by Unknown at 3:16 AM 6 comments:

Its been a while since the last update as its been "hard" to do anything really at the moment. I'm sure I'm not alone in Christchurch in that I seem to be tired all the time!

I have managed to get some games in with Jamie though, with my Romans losing to his "Caledonians", My Isengard crushing his Dunlendings and the Ancient Germans crushing (twice!) HIS New Romans

Due to Craig converting us to his basing system I had based most of my Germans on standard Impetus 12cm * 6cm bases so ended up with a big bruise on my palm from digging the models out of the Liquid Nails I had based them with.  It was worth it though as the two games Jamie and I played with the Germans vs his Romans were much better as we had more room to manoeuvre and tended to avoid the traffic jams we got with full sized bases.

I took the opportunity of the re base to make FL "large unit" sized bases of 8cm frontage by 12cm depth.  I then arraigned the models in the classic "boars head" wedge like formation on this big base.  It's a tad unwieldy and does have the limitation that when the rear "base" dies you still have the massive footprint but I think the aesthetics make up for it. I also save a bucket load of models as I end up with 10 models to a large warband now whereas previously it was 15!

So with the new basing system I have managed to stretch my two boxes of Infantry and one box of Cavalry out to a full 300pts Impetus army consisting off;
To take it to 400 points I just add one more box with will get me another FL Elite Warband, FL Macemen,, and 2-3 S Javelin Men 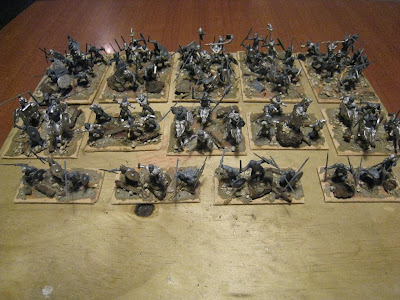 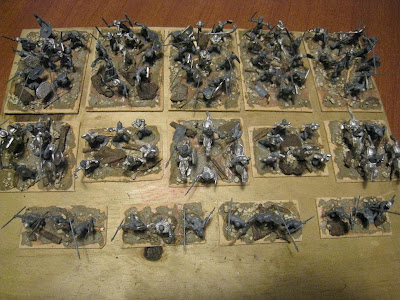 So from let to right and top to bottom: Warbands, Cav mixed with Macemen and Skirmishing Javelin men 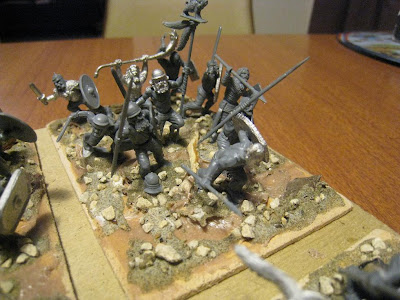 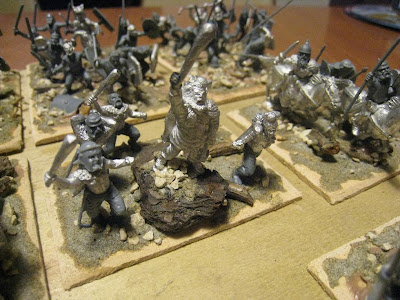 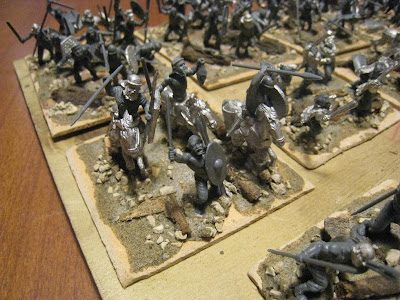 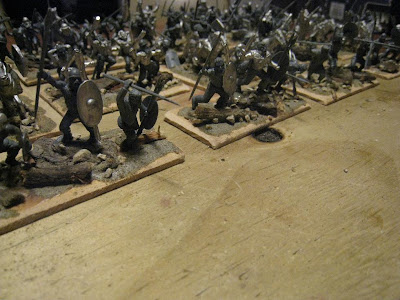 Got these undercoated today. Let the painting Commence!