As seen over on Adams Blog there are some USMC and some WIP Diggers are to be found on Poochies Blog.

This is for a World War II: Pacific 28mm game we are working on, using Ambush Alley's Force on Force games rule. 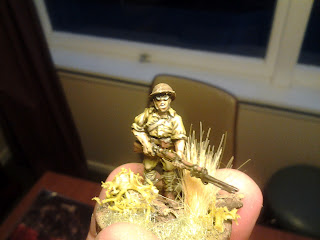 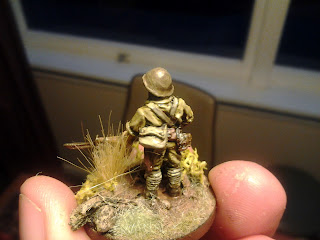 Light is really crap (he isnt that yellow) and my Matt Varnish dosnt seem that Matt, but you get the idea.

Work has been stupid busy so progress has been slow on these. I made myself not work yesterday and painted the below while the wife and I watched the Terra Nova pilot (Newish SF TV show from Speilberg, good idea but not gritty enough and too prdictable for our taste)

Painting was good an this morning I finished off my first Warrior unit, 12 Lycians. To make them a bit special I have armed them only with Swords, and one has an axe. Being Pirates for the main I thought swords would be more common than long spears. 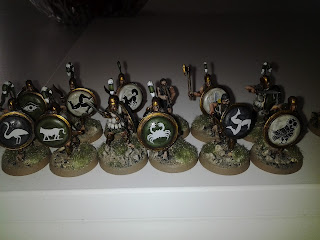 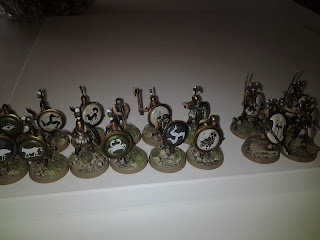 Sheilds are a bit shiney as they have just been matt varnished. 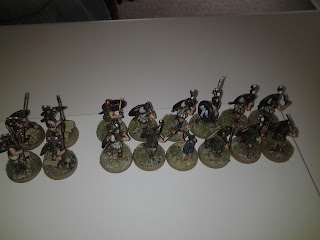 Posted by Unknown at 2:16 PM No comments:

Finally finished these, been stupid busy with work so some progress is better than none! 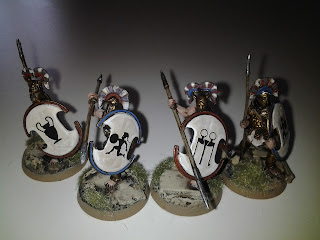 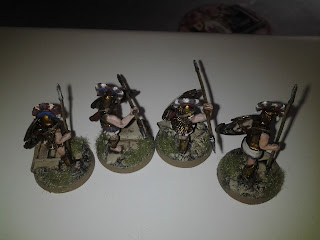 Next up some Lycians

Here is yet another project start, Trojans for Jamies Trojan War SAGA adaption

Still mostly "Stealth" but I have started painting Hectors Royal Guard (hearthgaurd)
The rest of the army is 4 points of Warriors, with a unit of 12 Trojan Hoplites, 12 Lycian Warriors and 8 Trojan Bowmen.

6th Point will be Cavalry : 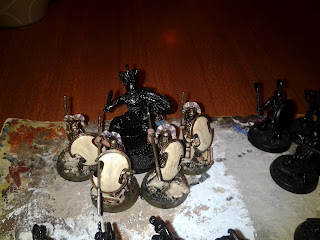 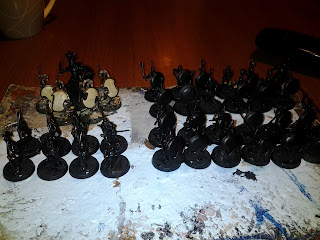 Message Reads:
Admiral Hitorio Hanso reports a decisive victory against the capitalist forces of the FSA.  Under my command my Task Force has engaged and sunk TWO enemy Battleships, which Shinobi Intelligence has identified from the wreckage as the USS Retribution and USS Constitution.  Both were lost with all hands when their magazines exploded.  IJNS Musashi claims the kill for the first Battleship while the Fleet Air Arm torpedo bomber squadron struck the final blow against the second Battleship.

The enemy frigate screen was swept aside with ease with the new Fujin class Corvettes and Tanuki class Gunships (Heavy Cruisers) preforming well. The enemy Cruiser's disengaged after one of there number was lost and they faced overwhelming odds. My only regret is that the enemy Commander Sheridan was absent at the time. We will know move to occupy the Coral Islands.  We have suffered no significant losses. 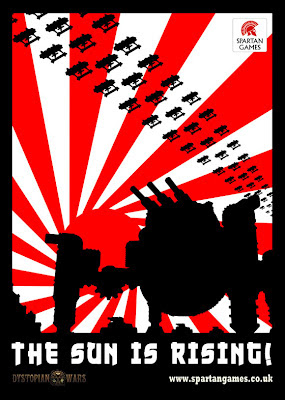 Sorry Jamie!  Not much you could do about dual snake eyes... :(

Cheers
Jason
Posted by Unknown at 12:55 AM 3 comments: