Popped round to Nathan and Johns place last night for a game of Bolt Action and took on there Axis combined Kraut/ Hungarian force with my Japanese allied with oddly Adams US Marines??!

We faffed about a bit for the start as we tried to figure out how to play the Hold until Relieved mission. Marines and Japs surrounded the central position and then tried to force them out with some bloody and costly assaults. Highlight was Nathan's totally sweet 4Ground laser cut MDF buildings.

I borrowed a Italian M14/41 to use as a Chi Ha but it did nothing and then got blown up. Highlights were Adams Buffalo chugging up the river MGing Krauts and my Sniper scoring a totally sweet kill on an LMG team which caused them to run. Otherwise nobody was really in a dominant position so we ended it as a Draw. 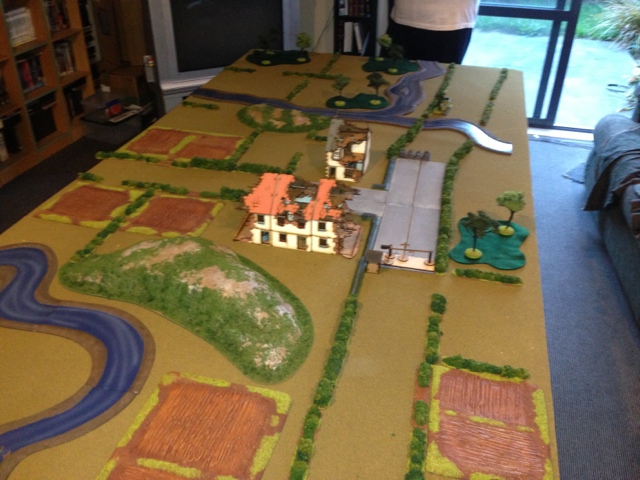 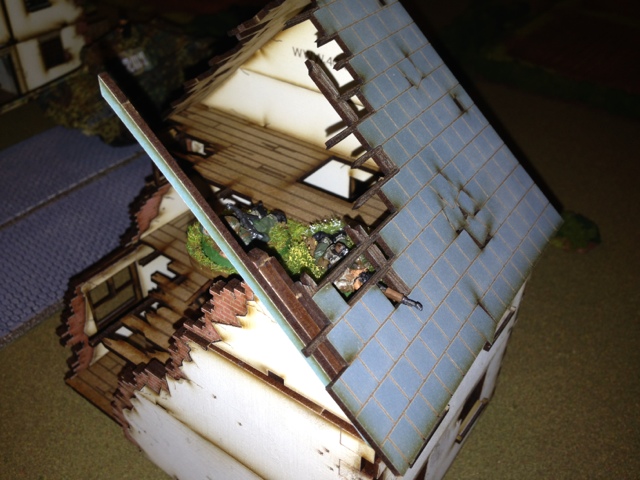 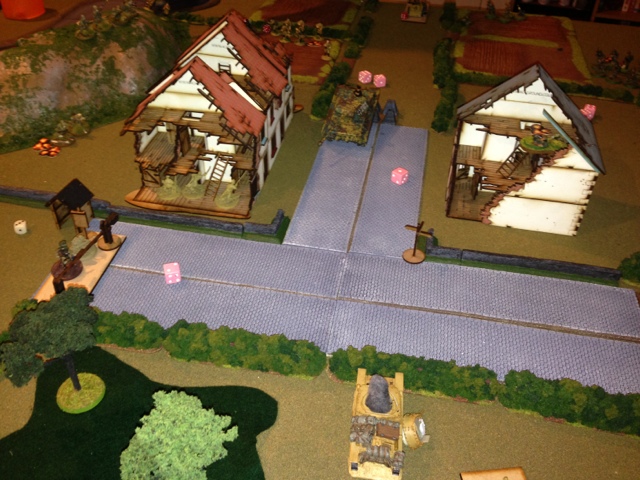 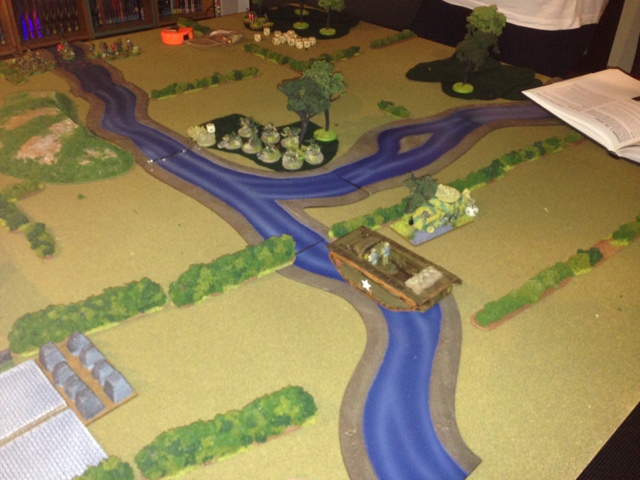 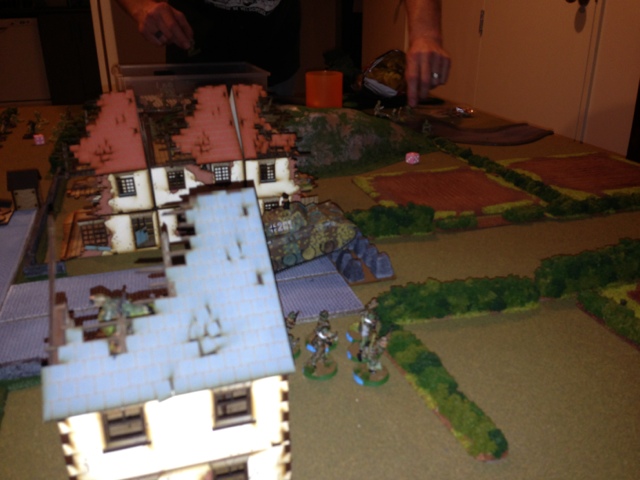 The Takeda gather quickly to repulse the forces of Shingins epic enemy Kenshin:

I have finished the first unit of Ashigaru with nagae-Yari or the Japanese equivalent of the European Pike. In Impetus this gives the the Long Spear rule. They are part of the retinue of Yamagata Makasakge and their Nobori (banner) carry his Mon. The troops have the uniformed Takeda sashimono. Makasakges troops were the famous "Red Fire" regiment that were the Vanguard of the Takeda. The inspired the later Ii "Red Devils" who fought under Tokugawa.

I've based the rest of the units and reprinted the Samurai Nobori to be part of Shingens Hatamoto, or personal guards. 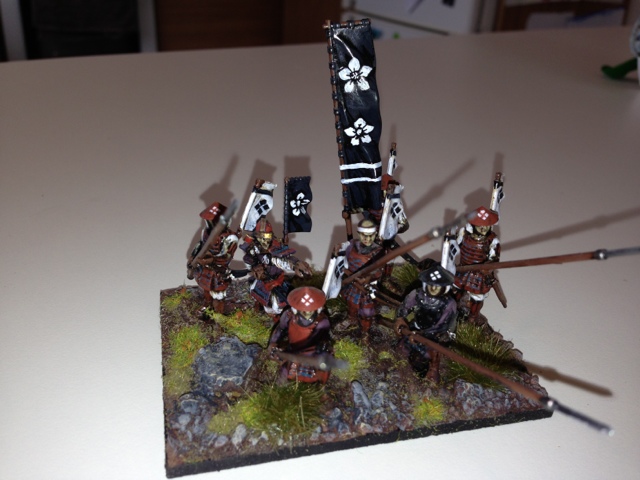 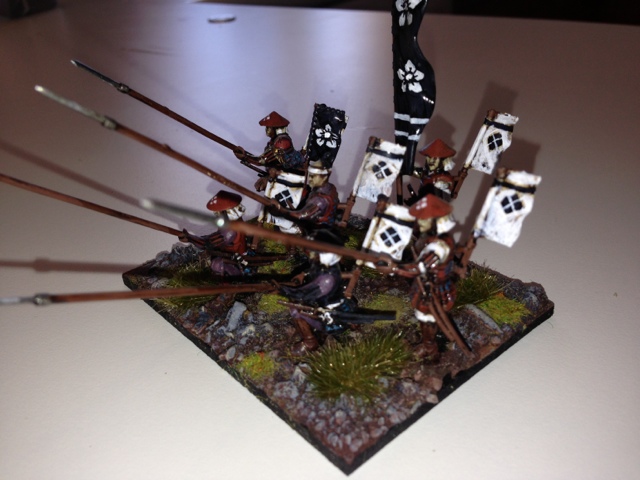 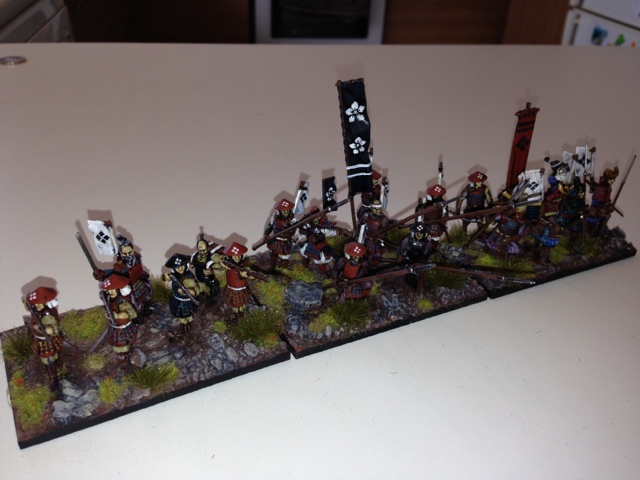 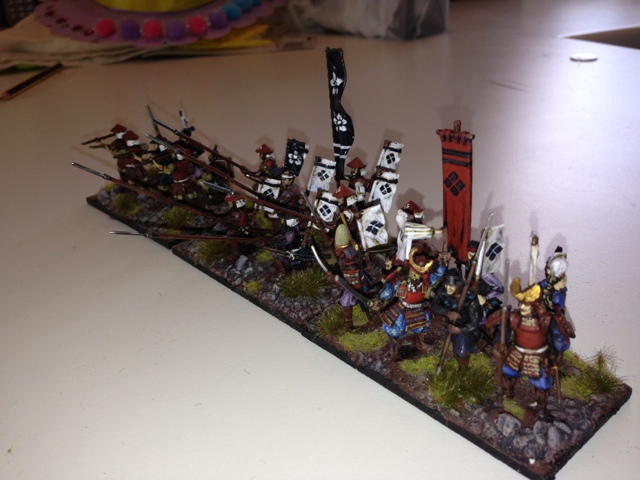 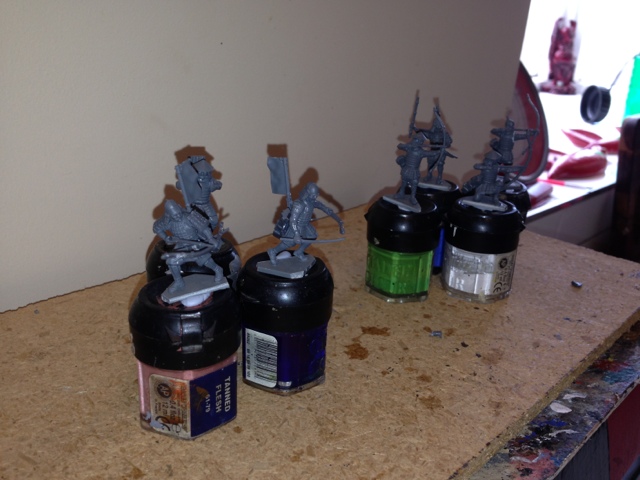 It's 6 plastic WGF Ashigaru with Yari, and an unpainted metal dude. Wow, what an update you might say...

I'm proud. These models may be cheap but they are a pain in my ass to build. That's what I get for being a cheap ass! Oh we'll, paint on them soon. :) 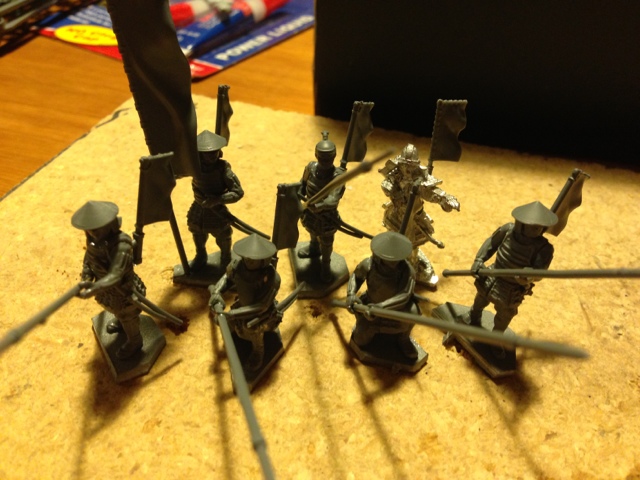 Second attempt at this post as the blogger app on my iThing had a moment, so here is the short version :)

First up a FP Samurai unit with Yari and a T Ashigaru unit with Teppo. Figures are crappy WGF (which are cheap and not too crap, but not Perry!) and some OG models I picked up on EBay. I like the fat heads as I'm going for a stylised screen print approach. Just got to flock em. Next up Ashigaru with Yari 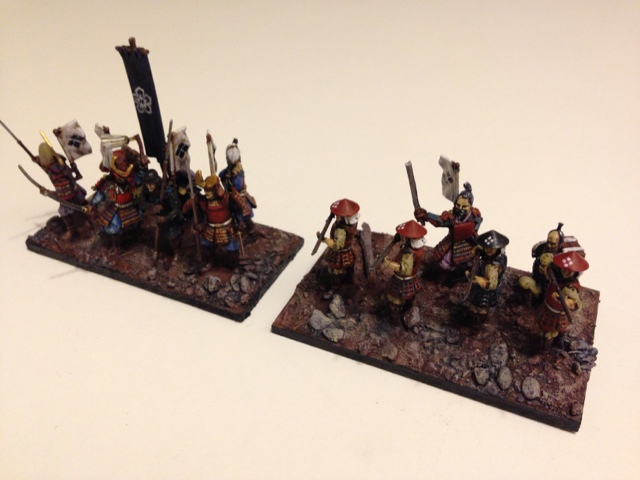 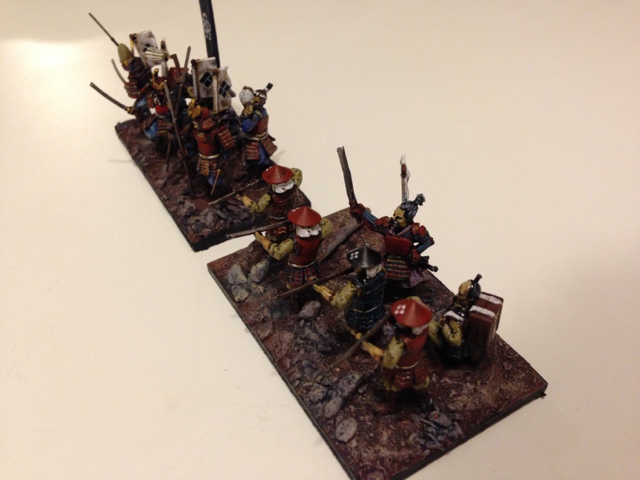 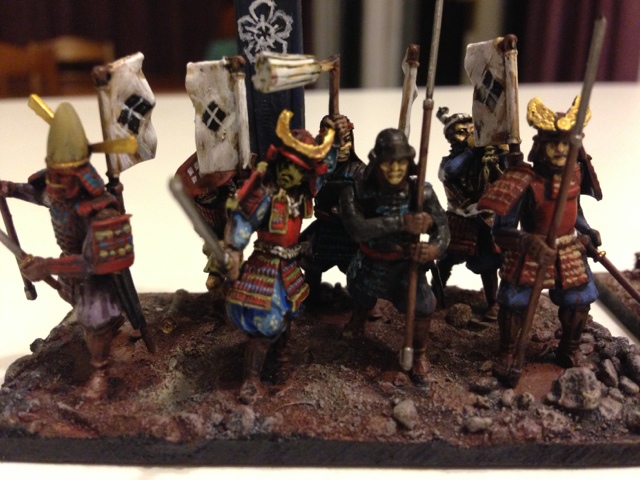 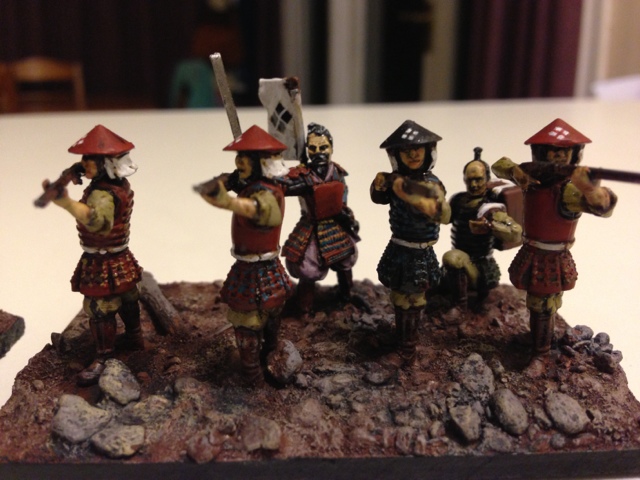